The foggy mornings, the golden light at sunset or the stormy days?
Falling leaves and changing colors are fascinating me every year. I like the autumnal weather which can be gleaming and unpredictable. It is more atmospheric than in the summer time. It's also the perfect time for a photo walk to capture the gorgeous autumn colors.

In the following I show you a selection of my work. The pictures were taken with different medium format cameras and color film. I developed the film with the Tetenal C-41 kit all by myself. Enjoy!

It is a while ago since I took my XPan for a photo session. I like the panorama format of this camera which can be switched between normal 24x36mm full frame and the 24x65mm wide panorama format. My XPan has the high quality F4/45mm lens which is equivalent to a 24mm in terms of wide horizontally but still 45mm vertically.

At the time of preparing for an autumn photo walk I discovered that I was out of my preferred Kodak Ektar 100 film. But I have a lot of expired color film available. Due to the fact that I wanted to capture the real autumn colors I decided after a short recherche to take a Fuji Superia 200 film. The film was described to have an excellent color reproduction, sharpness and only expired in 2015 so it should still work. In the end I was somewhat surprised how good the colors came out. I will definitively use this film more often.

On another photo walk I grabbed my Fuji GA645Wi Professional medium format camera. I used this recently during my vacation in Oslo. Via the following link you can see the article "Exploring Oslo" with black and white pictures, mostly architecture.

The GA645Wi is the wide format model of the GA645 type with a super sharp 45mm/F4 lens. It's a very compact point and shoot camera and has auto-focus. What I don't like about this camera is that the fastest shutter speed depends on the set aperture. From F4 to F9,5 it can only go as fast as 1/400 of a second and for smaller apertures to 1/700 s. Sometimes it was really annoying to be limited especially under bright daylight conditions.

Most pictures were taken with an expired Kodak Ektar 100 film which luckily I had available in the 120 format ;)

With this I got the expected autumn colors in different scenery with trees and leaves. 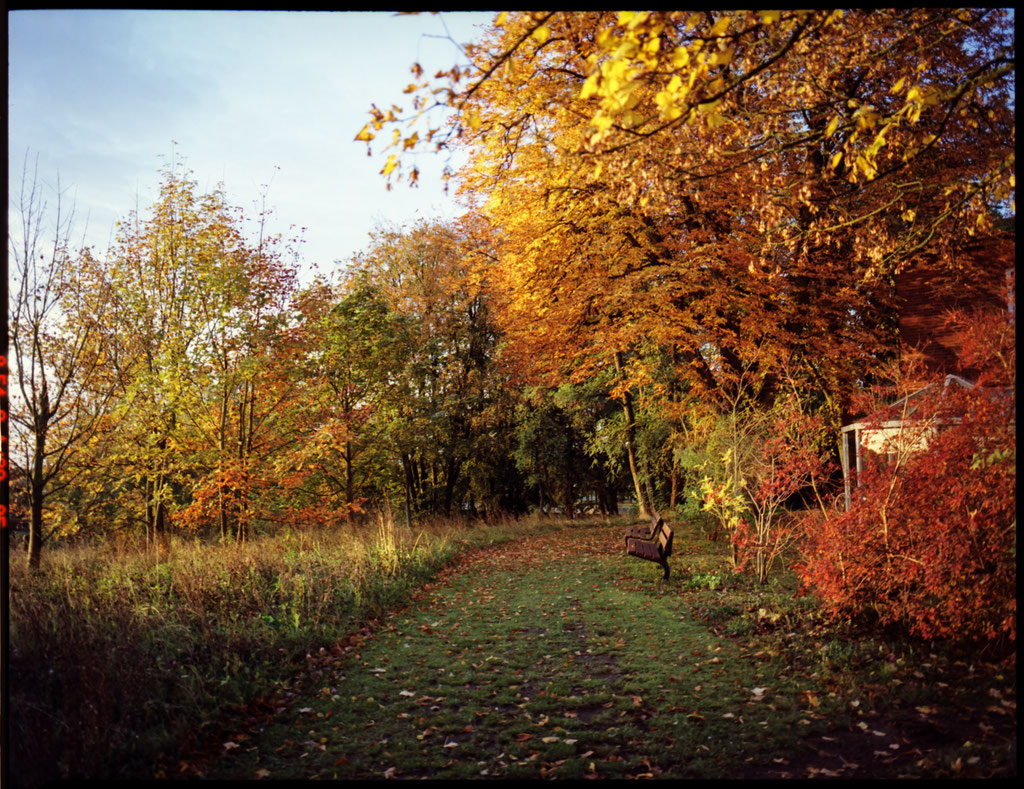 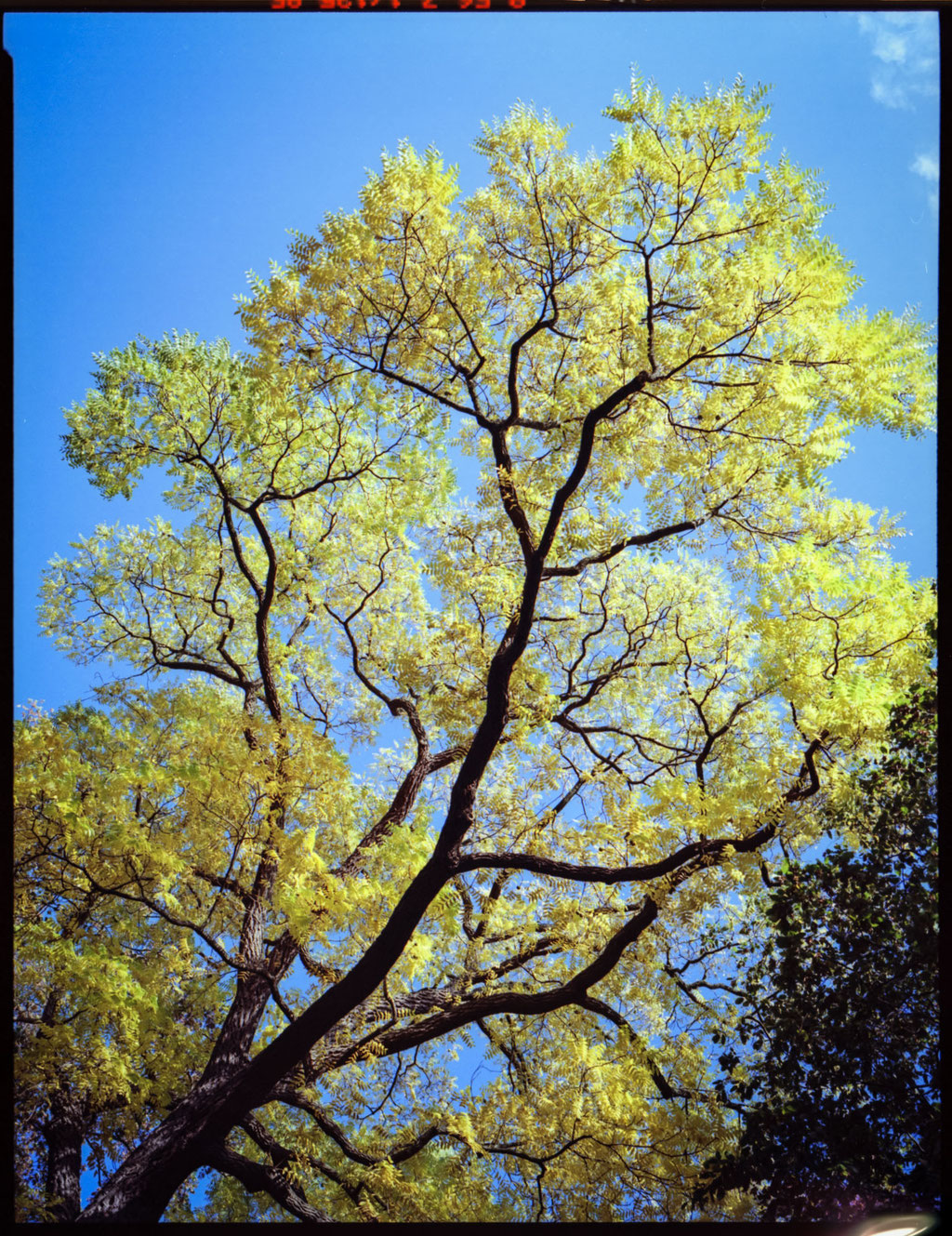 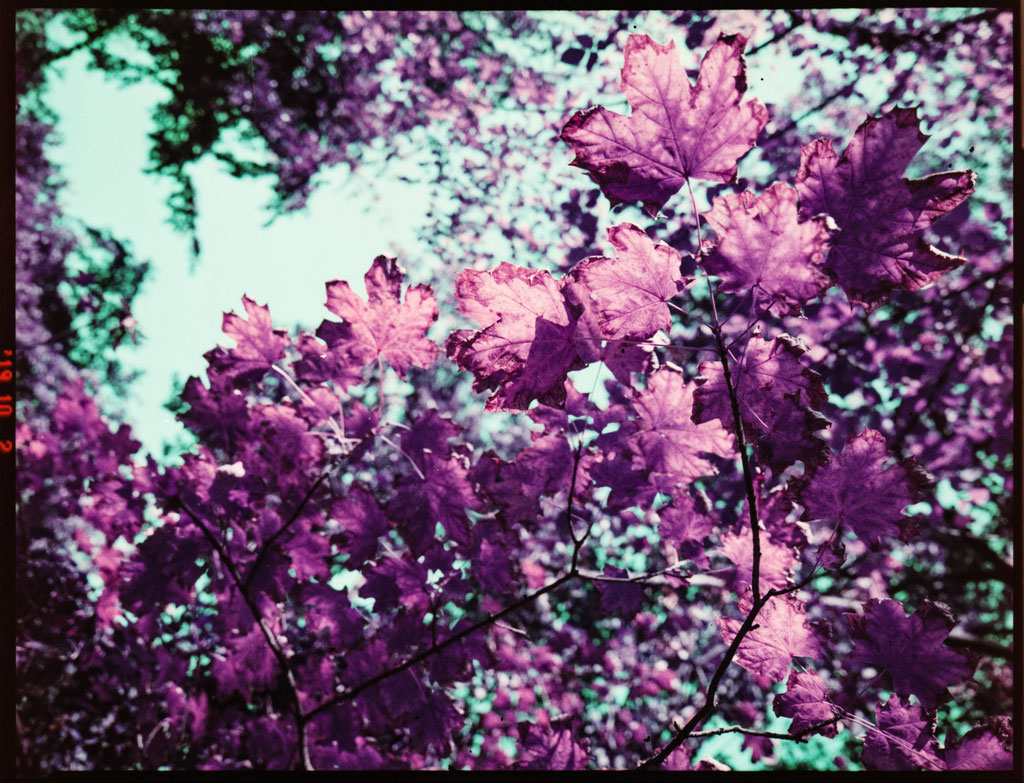 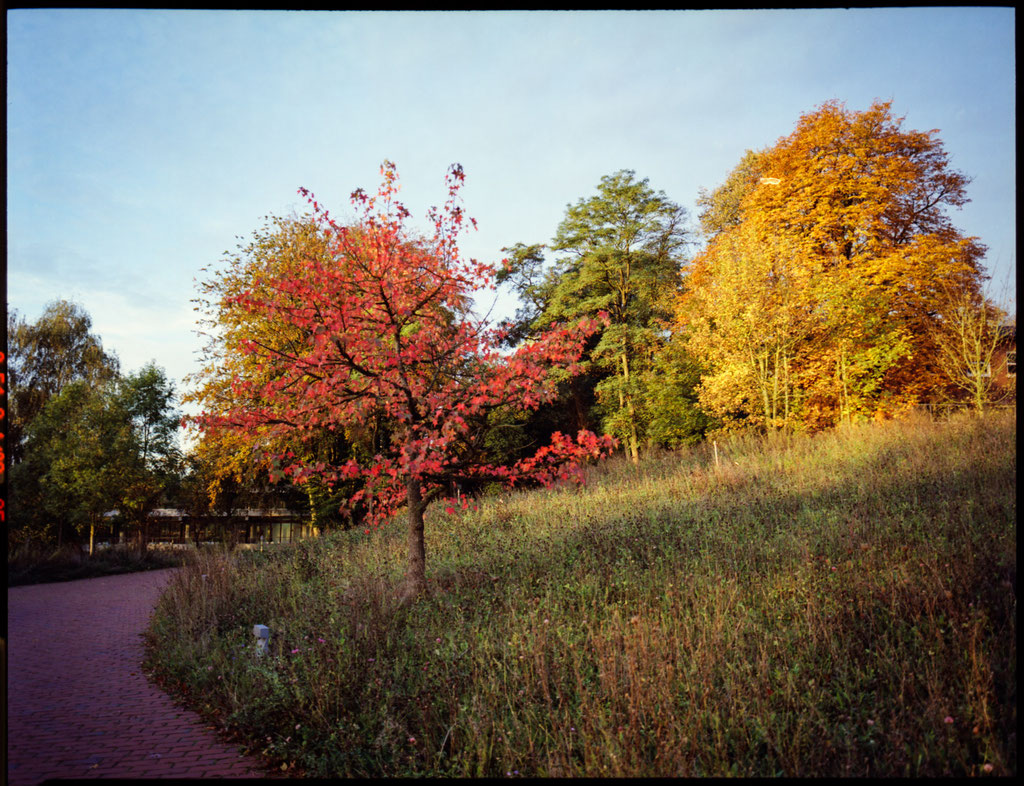 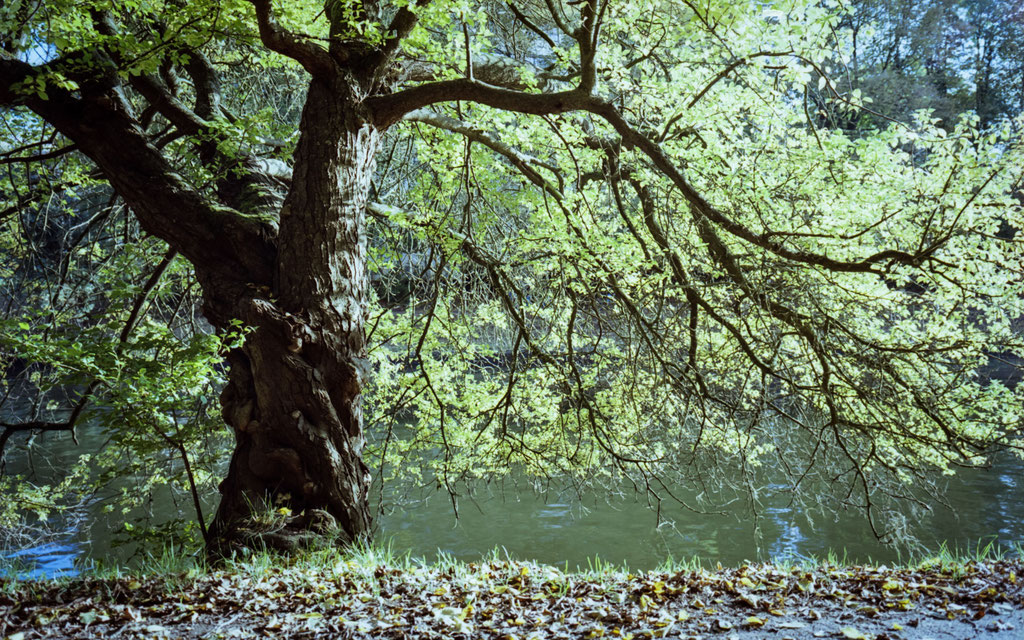 Last but not least I picked up the Holga 120 CFN camera. It is also a medium format camera. Depending on the used mask it gives you 6x4.5 or 6x6 framed pictures. Nowadays there are different models for the Holga available. I already wrote an article for the Holga 120 wide pinhole camera.

I always have a Holga loaded with film somewhere available. I like the Holga's for the sometimes unexpected results and that they are so easy to use and lightweight. All autumn pictures were taken with a Lomography 800 film and self-developed with the Tetenal C-41 kit. 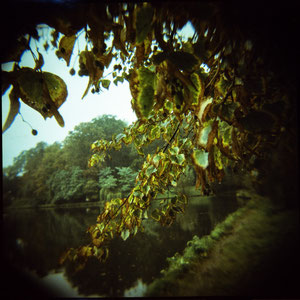 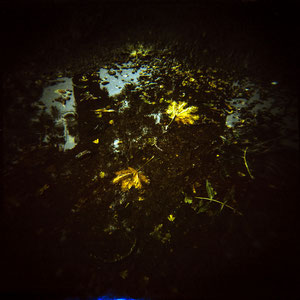 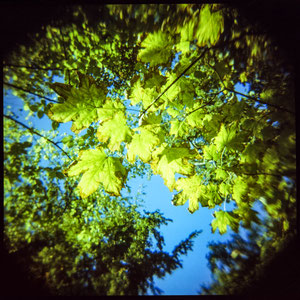