Metropolis... some of you may think about the movie directed by Fritz Lang. Today, however, it's also the name of the newest color film from Lomography. In this photo series I would like to show you my first images, which were taken with this analog film.

The LomoChrome Metropolis film has been waiting for the first use for several weeks. Last weekend we traveled to Frankfurt am Main for a two-day short trip. So it was the perfect opportunity to take some rolls of the new Lomography color film and try out what you can get with it. I wanted to capture some skyscrapers and the streets of the city as we walked through Frankfurt.

I like to experiment with film a lot, so I was curious about the new film.

I got my rolls from the Kickstarter campaign and ordered a couple of 35mm and 120 format film.

Lomography describes the Metropolis film on the Kickstarter page as follows:

"At its core lies a unique chemical formula that desaturates the colors, mutes the tones and makes the contrasts pop, ... "

The film is rated with a sensitivity range from 100 to 400 ISO. So I decided to use a setting in between and photograph with an ISO 250. The weather was mostly cloudy with a few rays of sunshine now and then.

As camera, I chose my medium format Fujifilm GA645Wi with a wide angle lens which is great for architecture images. I used the camera's exposure meter and only set the aperture.

The time in Frankfurt was over really quickly, so I was only able to complete two rolls of the 120 format Metropolis film.

I self-developed the film at home with the Tetenal C-41 kit and was really glad to see the results. The pictures have the desaturated colors and the greenish look that some other reviewers also have shown.

My first thoughts about the Metropolis film are that you really get very unique images. They are uncommon and own a special look as stated by Lomography. I like the green-blue tonality. Have a look at a selection of the resulting pictures and form your own opinion. 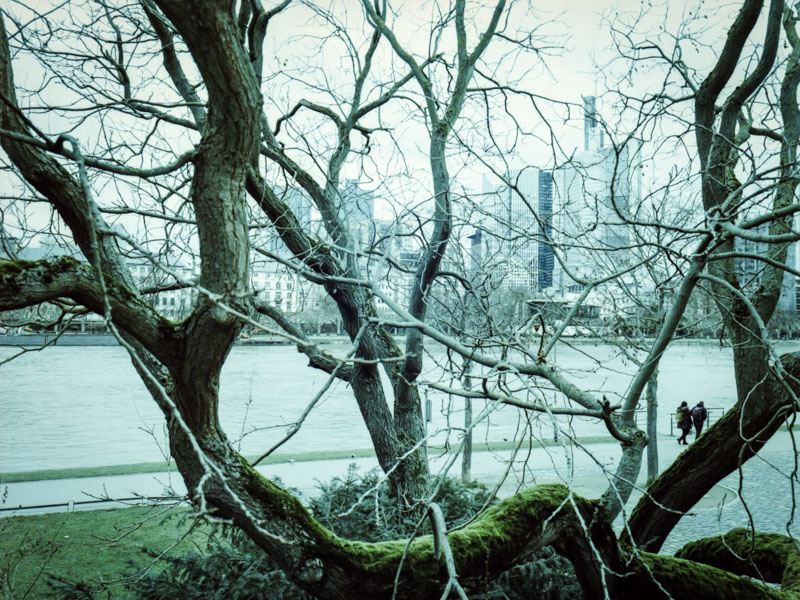 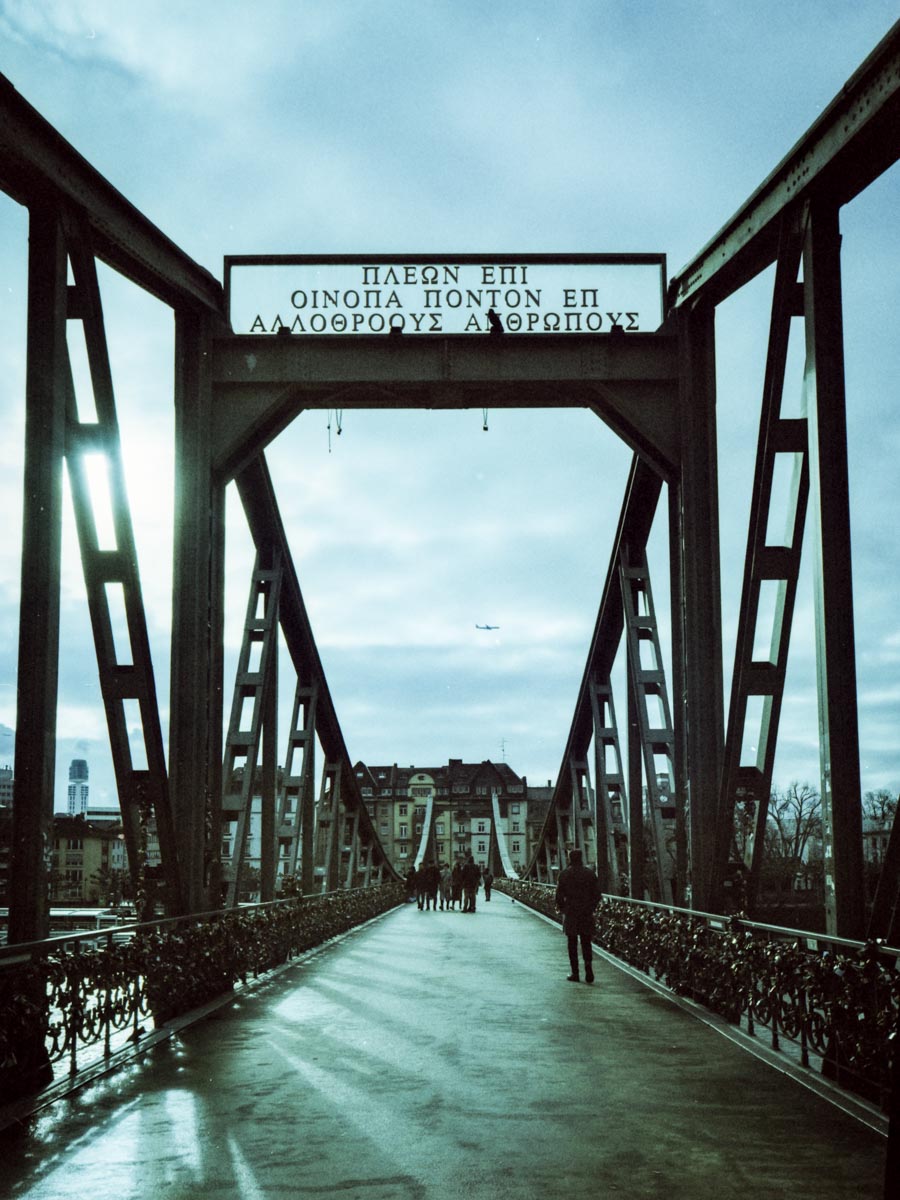 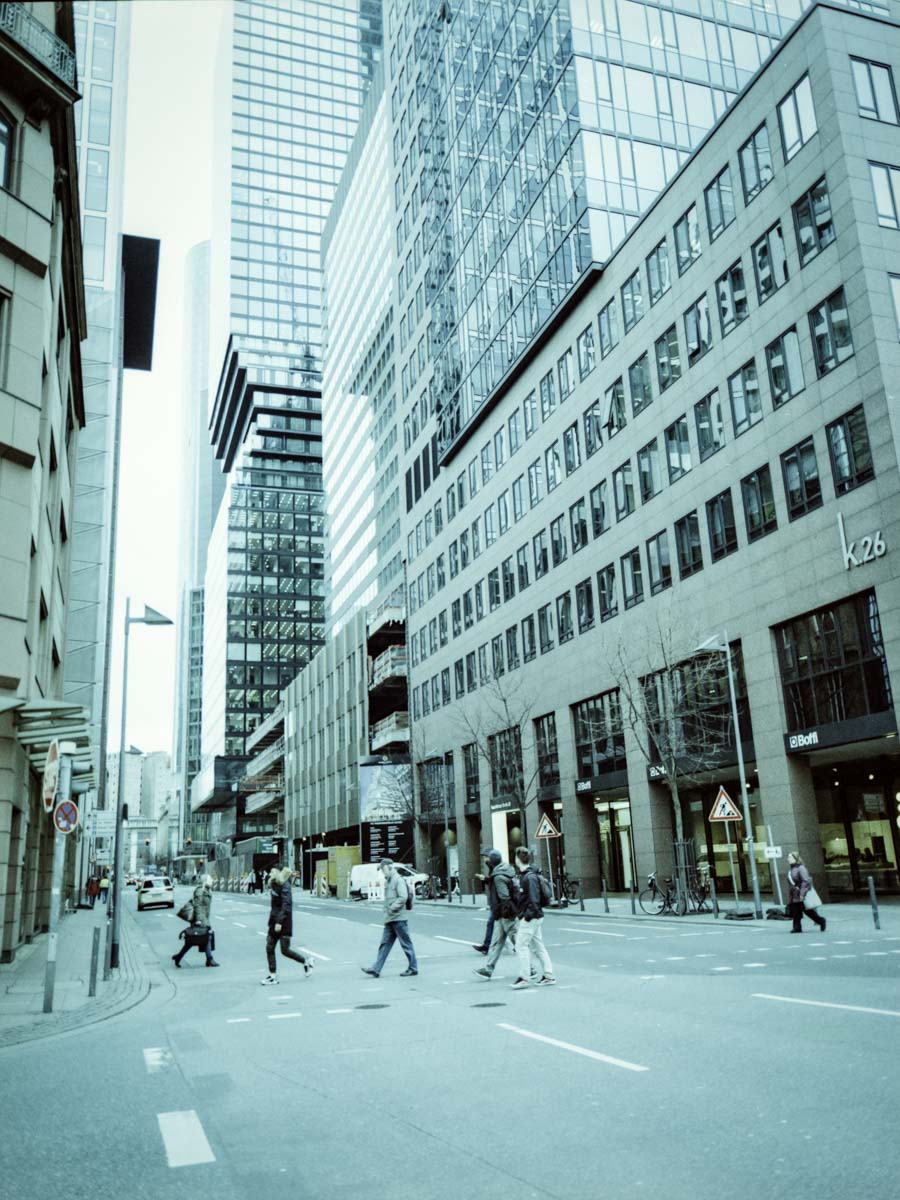 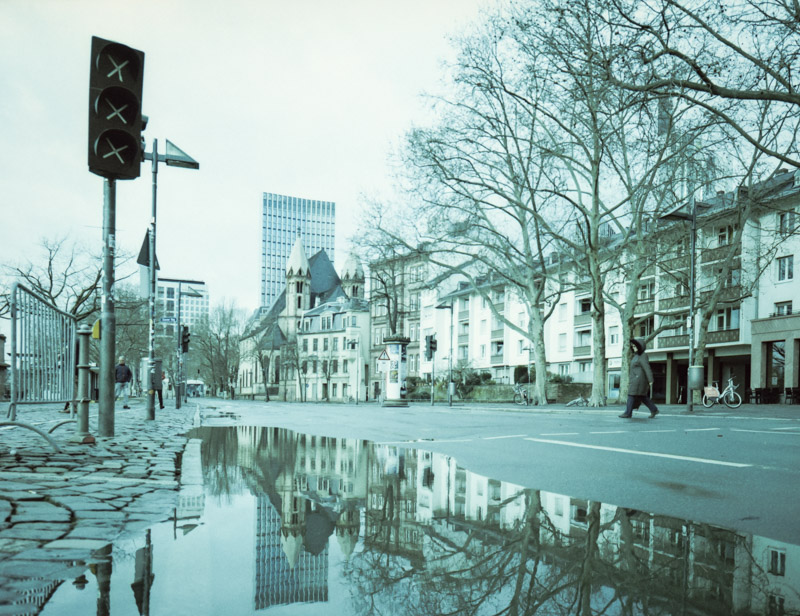 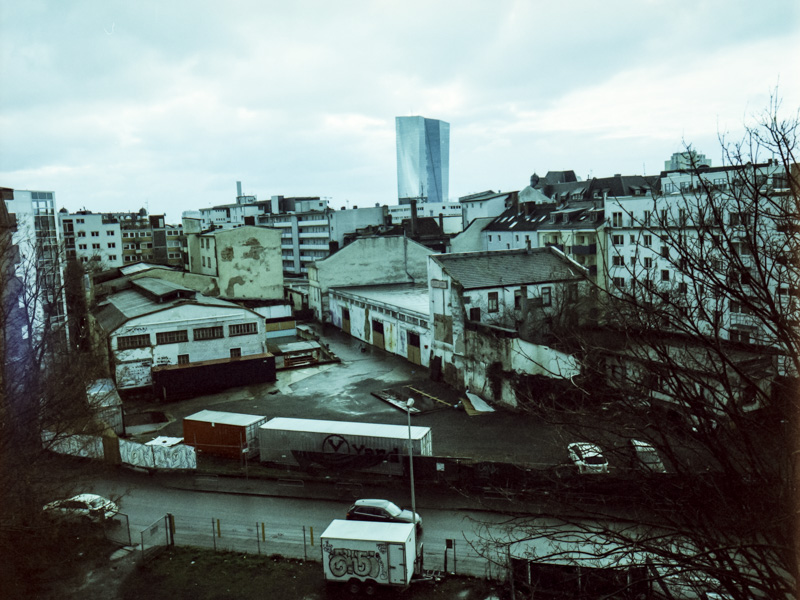 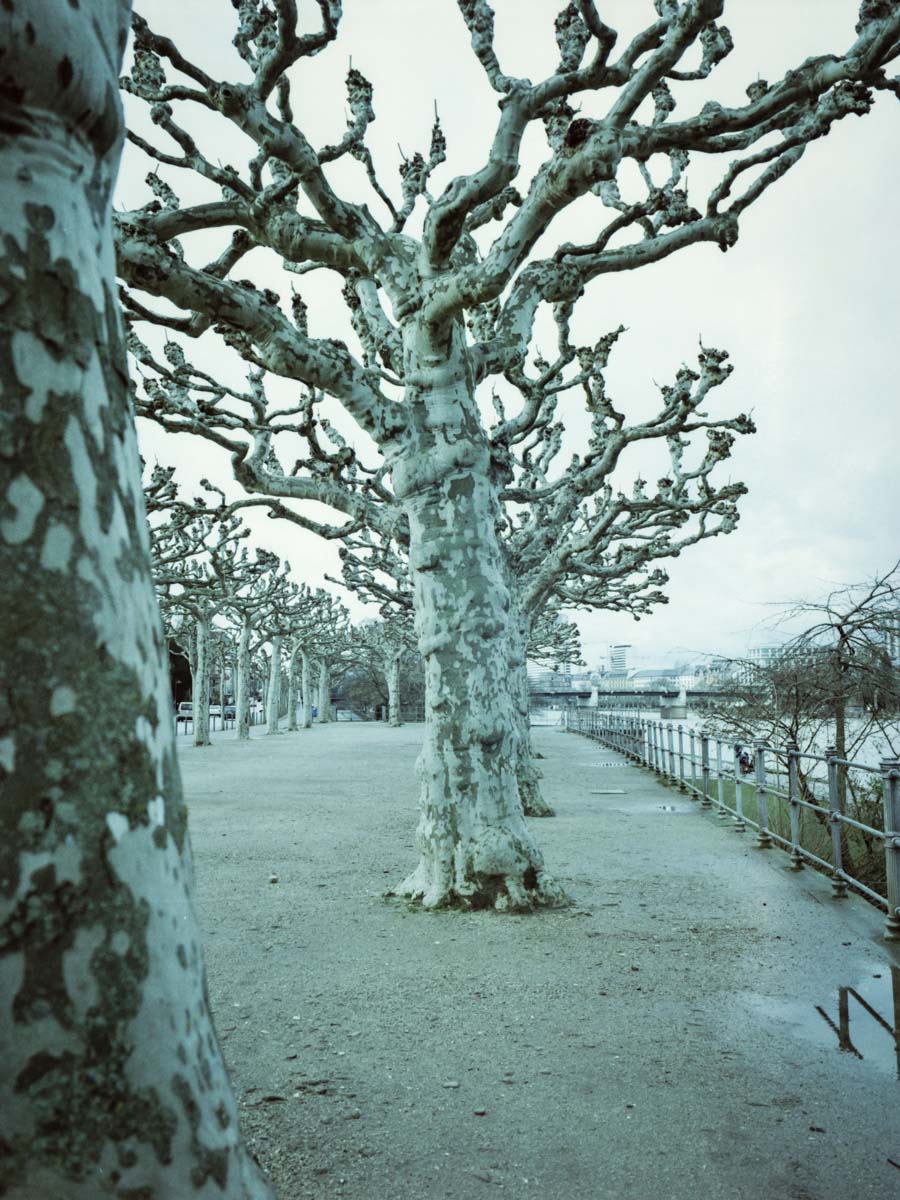 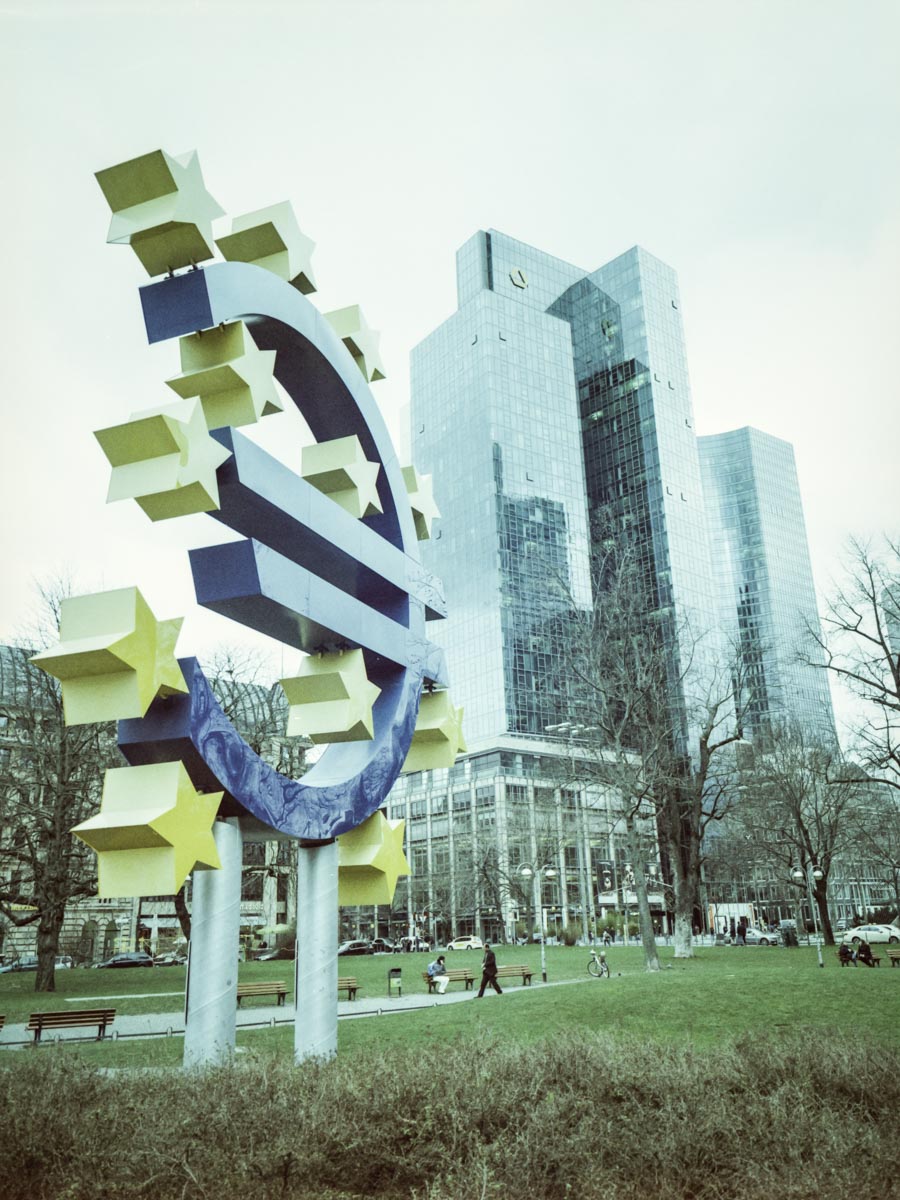 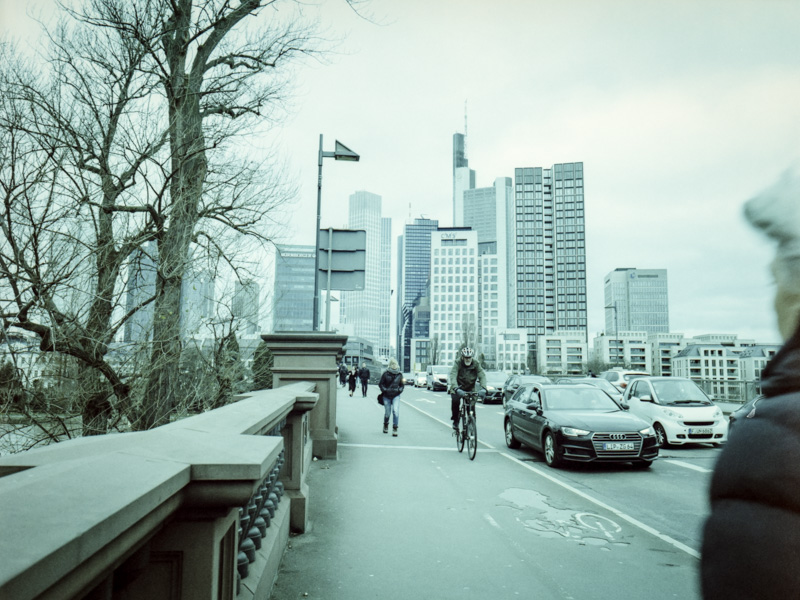 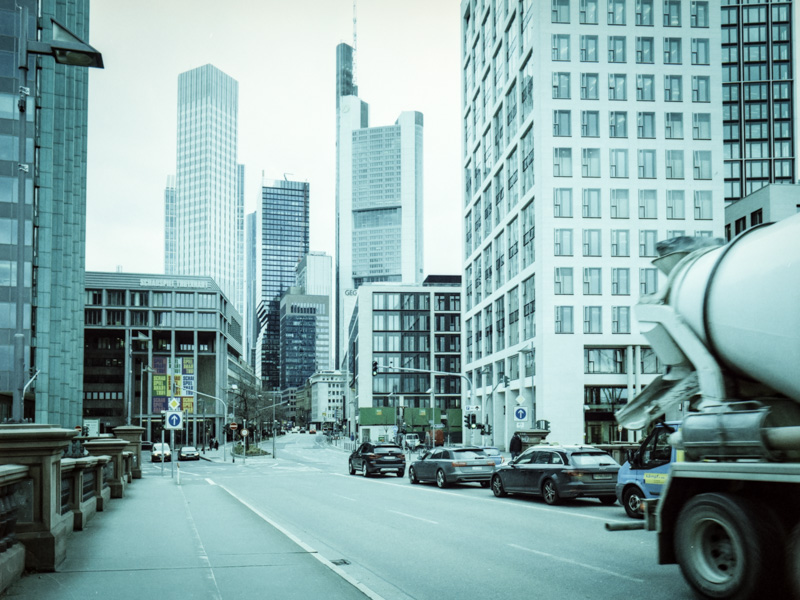 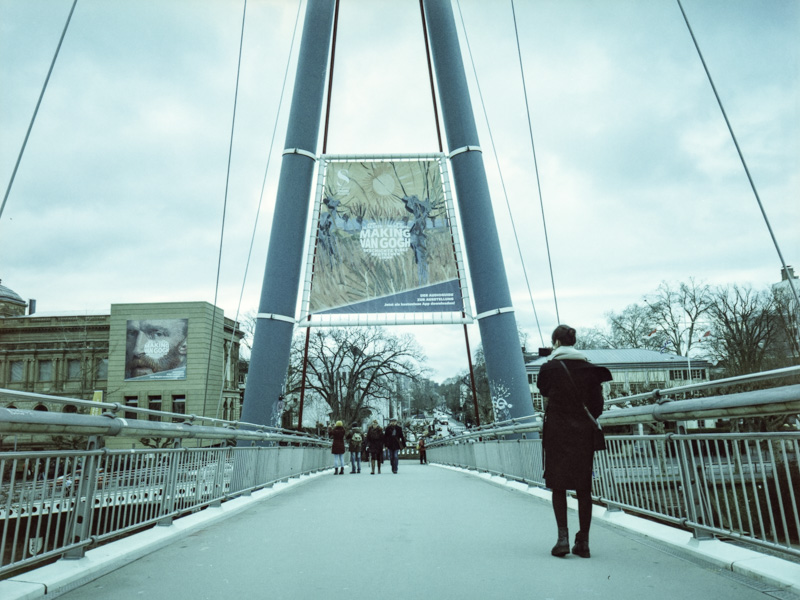 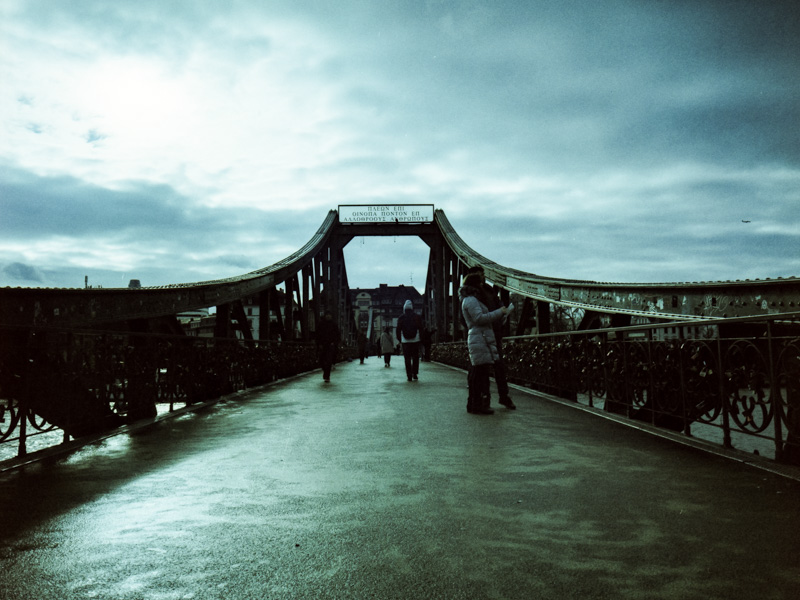 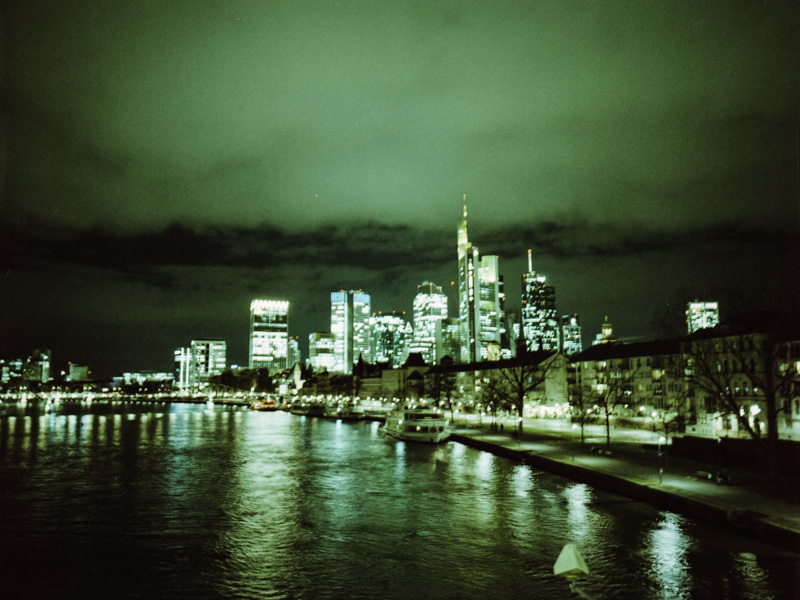 In the next weeks I will use the Metropolis film much more. Especially the colors in the night scene look very promising. I really like it. Unfortunately I couldn't use a tripod, so I will do a night photo session at the next opportunity.

If you like the look, you can order the LomoChrome Metropolis film on the Lomography online store.